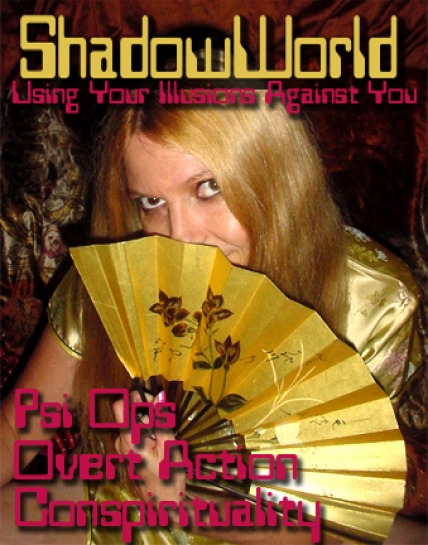 SpyCoSomatix Presents: ESPionage Series 007 or What I Did On My Summer Vacation 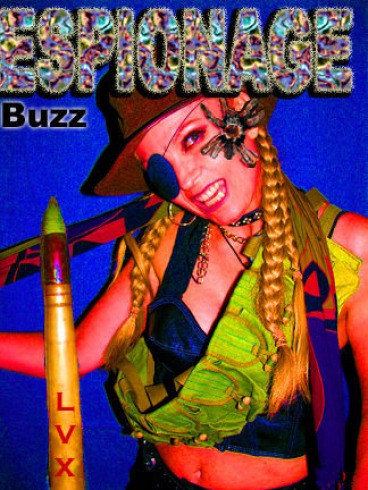 THE PATH OF RISK: INTELLIGENCE AS PERFORMANCE ART

FOLLOW RESIDENT WIZARD OF PCIA, IONA MILLER, (IN PERFORMANCE ART FOR HER OWN PRIVATE CIA), DOWN THE RABBIT HOLE DURING HER YEAR OF LIVING DANGEROUSLY THROUGH THE LOOKING GLASS. YOU CAN'T GET ANY FURTHER UNDERGROUND. DEEP COVER PERFORMANCE ART R&D, Radical & Dangerous, at the Bleeding Edge of Culture Jamming.

I KNOW WHAT YOU FEAR, and IT'S TRUE. 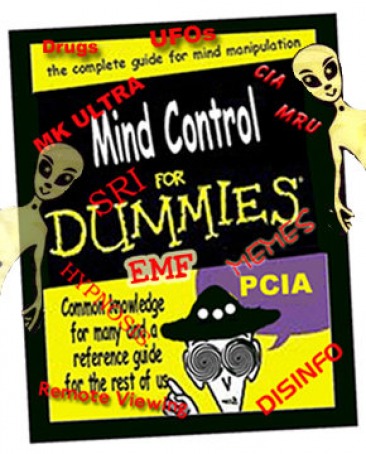 MIND CONTROL FOR DUMMIES: A Roadmap to Psychological Strategies. Everything you wanted to know about Mind Control, but were afraid to ask. Coming Soon to a mind near YOU!!! Life doesn't come with a users manual, but is full of pitfalls and land mines. Learn to navigate like a pro. Take back control of your own mind with Do It Yourself mind control techniques for health and well-being. What to do when bad things happen in plain English.

PCIA "spills the beans" in MIND CONTROL FOR DUMMIES: Want to know what we do and how we do it from the inside out? Our manuals recount the history and techniques used in standard and esoteric espionage. We are all mind controlled from without and within from the cradle to the grave by social and cultural factors. Most of it is benign, but some is toxic or malignant. It ranges from media consumerism to imposed sociopolitical constraint and hijacking of our Constitutional rights.

We are hardwired for different degrees of social compliance and interaction. When an individual, group or institution knows how you think, they can manipulate what you think. Penetration technologies are making our skin boundary no more than a persistent illusion. Who or what is controlling you and how? Think you are a mind control victim (TI) or a UFO abductee? Brain implants are already obsolete for synthetic telepathy. Signals scan be beamed directly into the brain. Soon we will have direct brain/computer interface and our biological boundaries will be blurred, forevermore. Reclaim your mind with DIY mind control techniques. Bleeding edge research in consciousness studies, psychoneurology, psions, photonics, and biophysics.

MC4Dummies is a users-guide for your mindbody. Psy-Strat also means self-care, building and conserving your energetic power, and learning how to protect and control your own mind, dealing with difficult people, and optimizing your intentions to achieve your short and long term goals. Once you catch yourself and others in the act of playing mind games, the "fog of war" and your own games, scripts and rackets will morph. You'll develop new shot and long term goals with new target and new vectors. Psy-Strat reconciles and unifies levels of strategy. It creates a synergy by influence manoeuvers to produce a generalized effect, such as mob control, changing mindsets or ideology, or counterinfluence through disinformation. Other techniques include eroding confidence, creating confusion and distrust. Personal psychological strategy is a totally positive application of self-management techniques to yourself. 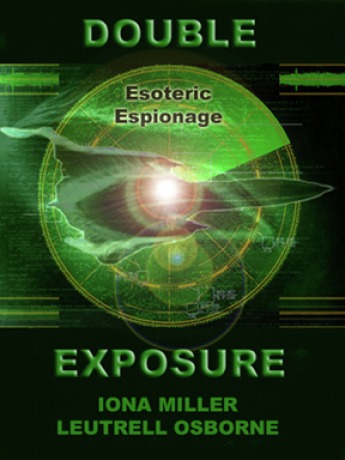 This is my good friend Hal. I took this picture on his birthday. I think he likes to be in pictures. X-Files meets Intelligence in Double X-posure. In collaboration with 26 year CIA spymaster. 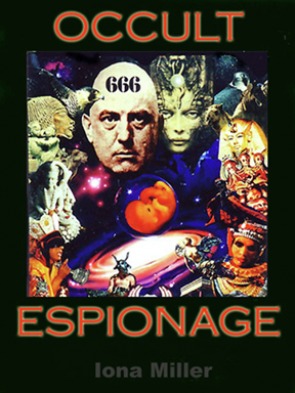 Can't get that Babe out of your Abyss? Misplaced your Holy Guardian Angel? Can't get control of your personal demons? This is the book for you.

What spies have in common with magicians is an uncanny ability to connect the seemingly unconnected, to notice what goes on behind the scenes and to see through misdirection ~ it takes one to know one. Craft, Stealth, Misdirection, Disguise, HiTek, Clever & Precise Manipulation, Hypnotics, Hoodwinking, Codes, Scripts, Deception, Disinformation. Freud, Crowley, Hitler, L. Ron Hubbard, Leary, Shulgin, Illuminati.

BEYOND MKULTRA: Tales From the Dark Ops Side 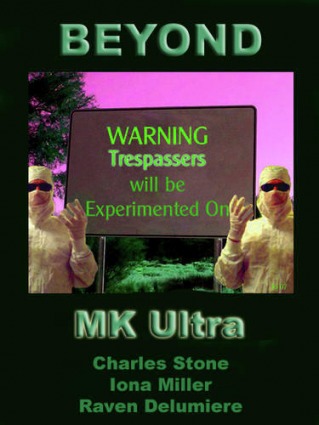 BEYOND MKULTRA:
Tales from the Dark Ops Side THE ULTIMATE POWER TRIP: Cold warriors, wizards, professors collaborate, not to make the world safe for democracy, but for control of your mind and the mass of humanity. PSYCHIC WARFARE, INFORMATION WARFARE, PSYCHOLOGICAL WARFARE, BIOLOGICAL WARFARE, DEW Weapons, Scalar Weapons, Illuminati, Crowley, Tavistock, counterculture, LSD, Ecstasy, Digital Drugs, HAARP, Ionospheric Holography, Ion cyclotron resonance. Advanced Mind Control Technology -- during the 1970's much of MK Ultra was exposed and stopped. However, the work of cracking the Brain Code continued in neurology, consciousness studies and mysticism! In 1980 the reported CIA's front for the most advanced mind control technology, Mankind Research Unlimited (MRU), was exposed by Covert Action Newletter. This clandestine lab was operated by Dr. Carl Schleicher, who is credited in several books with inventing the cyborg - a programmed Manchurian Candidate remote triggered assassin. MRU carried out many avenues of important research mostly relating to mind control psychotronics and other exotic topics. Schliecher was a past President of the American Dowsing Association, the US Psychotronics Association and was generally the Johnny Appleseed of many psychotronic related projects worldwide. Beyond MKU also delves into Secret Societies, Shadow Government, Illuminati, Crowley, Leary, L. Ron Hubbard espionage involvements and more. 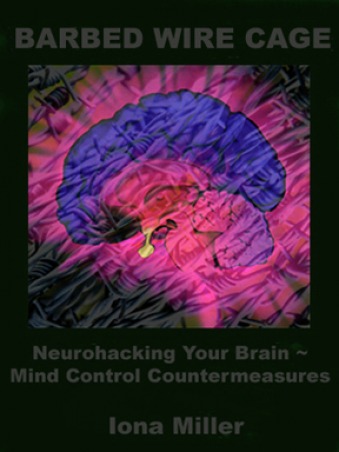 Our brains are trapped in a BARBED WIRE CAGE with seemingly no way out. We are manipulated body, mind, and soul from the cradle to te grave, through both well-meaning socialization and malicious mind control. With the forces of governments, media and megacorporations, our minds are under constant assault. TAKE BACK YOUR MIND with effective self-regulating countermeasures for freer living. We all have an internal map of reality and our beliefs generate our reality. Our main agenda is to be right about our beliefs. Values are the source and desire for motivation. Motivation comes from values; sense of safety comes from beliefs. If you create a 1 minute movie internally about what you WANT it is more effective than obsessing endlessly on what you don't want.


Visualization is even more effective when you are in a meditative state. Alpha and Theta brainwave states are the fertile soil in which to ground your 3-D holographic visualizations. Your clear images form a template for self-organizing creativity.  Create multisensory images, rehearsing your success at reaching your goal, including sights, smells, and sounds.  See your thought picture or performance translated into action in the mind's eye.  Image streaming can be used for personal growth, setting goals, self-esteem, habit control, achievement, healing, rebirth and more.

Clear mental movies, visions, work much better once you have identified your limiting core beliefs.  Then intuitive answers come from the subconscious spontaneously. You see it, sense it, taste it, smell it, and behave as if you have it.  You can get a sense of your purpose in life from dreams and visions.  Visualization is the ancient method of goal setting that engrains it and embodies it in your whole being.  You can expand and prioritize your choices, and prepare for changes and achievements.  Bring your future into focus in the present through highly-detailed multidimensional holographic imagery. 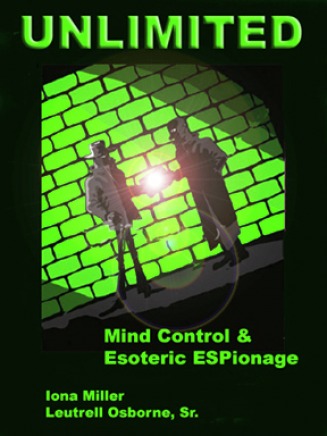 Perfect choice for the SPYFI fan. Heavy on PSY-STRAT, Espionage and Counterintelligence history and technique, as well as programmed assassins, mind control and occult espionage. Get the Big Picture on the Great Game. BLEEDING EDGE MIND CONTROL AND PSY-STRAT:

It is necessary in this process of strategic intelligence collection and processing to be aware of the broadest possible contexts in which to view issues and information; to be aware of the trends of many disciplines, from religion to economics, from business to linguistics, from politics to military training, from historic social patterns to new religious trends, medicine, agriculture, science and so on.

ESP(iona)ge! or How I Learned to Stop Worrying and Love the CIA:
Intelligence as Performance Art by Iona Miller, 2007 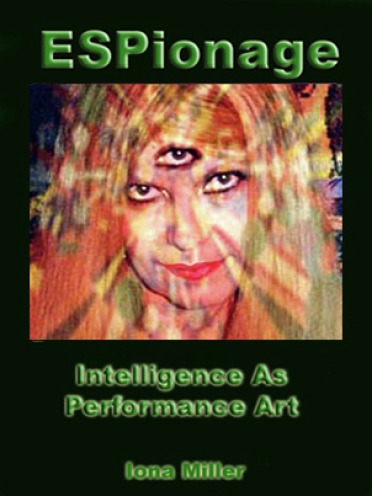 SUB ROSA: In secret; privately or confidentially: held the meeting sub rosa. A "black" (sub rosa) propaganda section. The Glass Bead Game or Magister Ludi (set in the 23rd Century) describes a cadre of individuals and their headmaster -- the Magister Ludi -- engrossed in interdisciplinary play engineering cultural values from behind the scenes. Hesse never forthrightly explained just how the game is played, but gave many hints to its structure for future aspirants seeking solutions to the critical predicament of mankind through Global Architectronics. The Glass Bead Game requires that its players synthesize aesthetics and philosophy. The Glass Bead Game is thus a mode of playing with the total contents and values of our culture; it plays with them as, say, in the great age of the arts a painter might have played with the colors on his palette. The Game's synthetic, non-linear information play is a forerunner of virtual reality.

After each symbol conjured up by the director of a Game, each player was required to perform silent, formal meditation on the content, origin, and meaning of this symbol, to call to mind intensively and organically its full purport. The members of the Order and of the Game associations brought the technique and practice of contemplation with them from their elite schools, where the art of contemplation and meditation was nurtured with the greatest care. The variety of the phenomenal world reached perfection and ultimate cognition only in the divine Unity. Thus, "realizing" was a favorite expression among the players. They considered their Games a path from Becoming to Being, from potentiality to reality...We would scarcely be exaggerating if we ventured to say that for the small circle of genuine Glass Bead Game players the Game was virtually equivalent to worship.

(c)2007 All Rights Reserved by Iona Miller and SpyCoSomatix