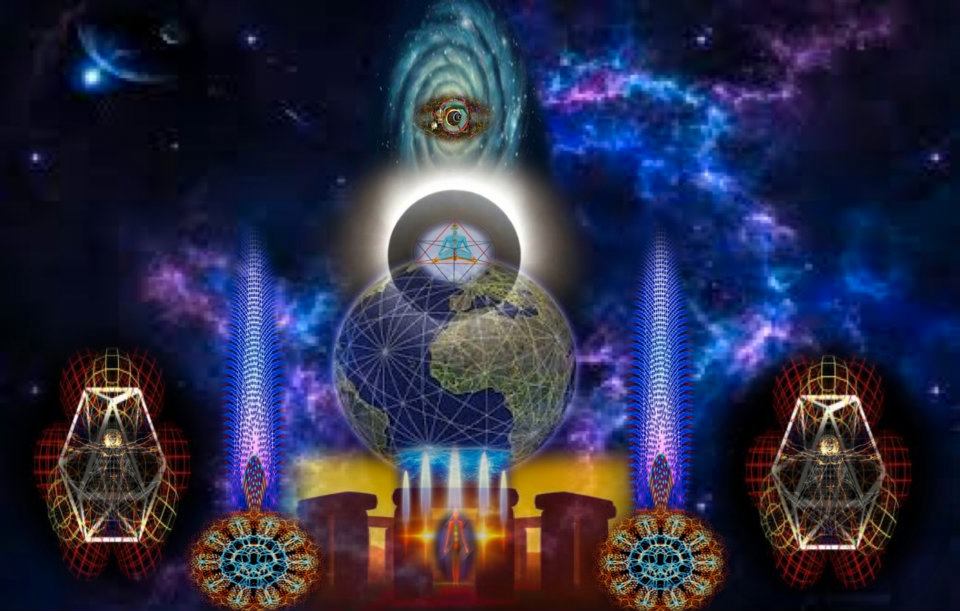 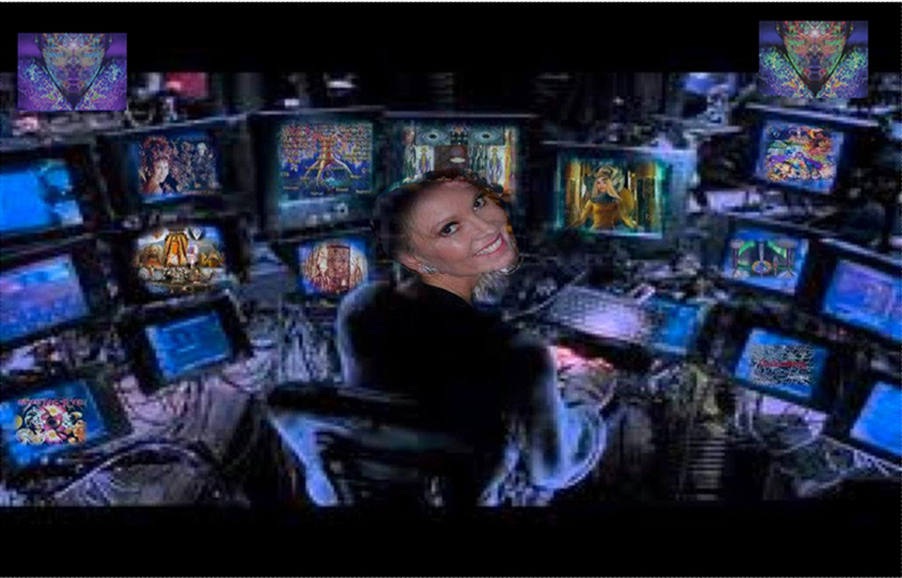 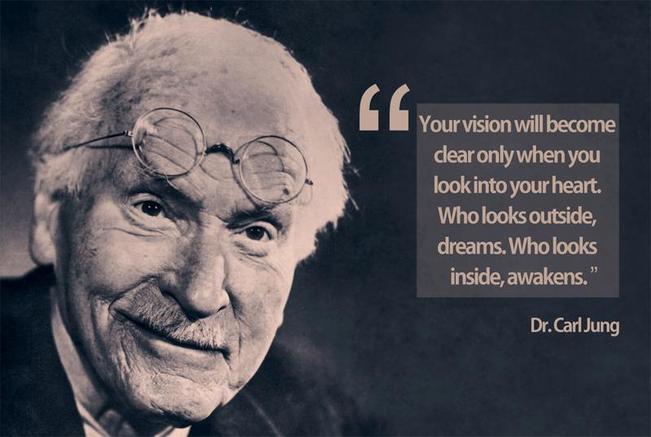 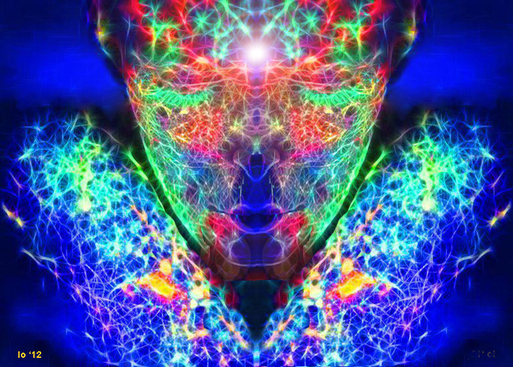 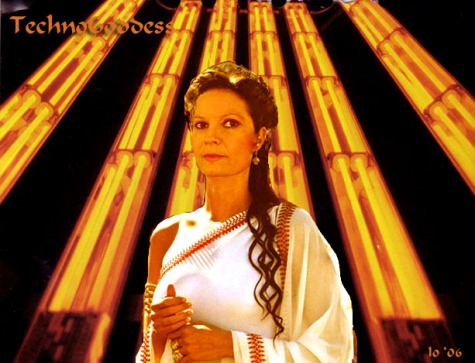 * Beyond the obsolete models of artist or author as genius and their fetish objects, what collective and collaborative practices are inventing new terrains and flows?

* As information and communication technologies saturate our world, how is art giving way to new forms of cultural symbolic manipulation?

* Can we identify new models to replace the auteur and the artwork? If so, where do they come from and what might that say about the future of critical practices?

* What new kinds of “virtual” spaces are opening up for cultural practice in electronic media? As “old media” begin to collapse under the pressures of the virtual, what new media can we find?

* How are didactic illustration and channelled dissidence giving way to new forms of surprise and intensity?

* What strategies elude the creative industries’ seemingly infinite appetite for things radical? Are there any strategies that can elude being reduced to styles in the service of sales, or are critical practices doomed to play cat and mouse with the forces of  consumerism? 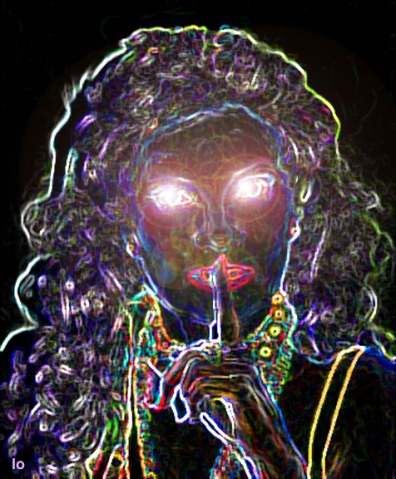 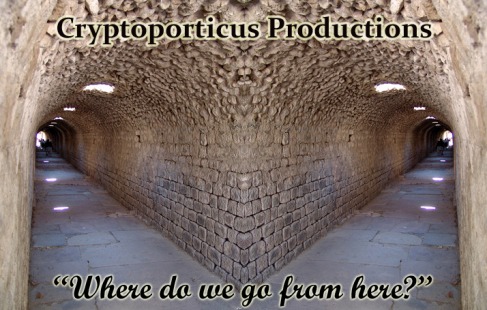 See All IONA MILLER Videos at -

Truth Is Just a Faction of Reality

THE CRYPTOPORT 2010: In ancient Roman architecture, a "cryptoporticus" was a labyrinthine underground passage connecting all aspects of cultural life. Only partially at groundlevel, it supports a vast concealed architecture that communicates in secret among its numerous different centers. It is a matrix of nexus points. Many examples are found across Europe, but similar tunnels exist throughout Washington D.C. Literally, carved in stone, such large underground passageways are analogous to today's underground bases, SAC, hardened survival bunkers, book depositories, archives, seed vaults, etc. The labyrinthine convolutions of today's challenges mean we need to learn how to make our way through this tangled maze to "the Light at the end of the tunnel." These holographic or virtual tunnels can be 'mined' for their informational value, helping us choose which way to go.

CRYPTOPORTICUS PRODUCTIONS is a transmedia venture, dedicated to revealing such underground connections among the control mechanisms of modern society.  The cryptoporticus is also a vault in which are stored the secrets of cultural continuity - a failsafe for human survival technology.

We produce short socially-responsible documentaries on a variety of subjects about which we have first-hand knowledge. We demonstrate the value of such insider POV (points of view), and can direct and consult with production companies wishing to co-adventure, taking our content, proprietary knowledge and expertise to the next level of development and marketing. We have many rich themes ready for development.  We are open to artistic and technical collaborations in visionary telecommunications, upon request and review. Our aim is social impact programming that awakens us, gives our beliefs a reality-check, and move us toward proactive change from the grassroots to global level. 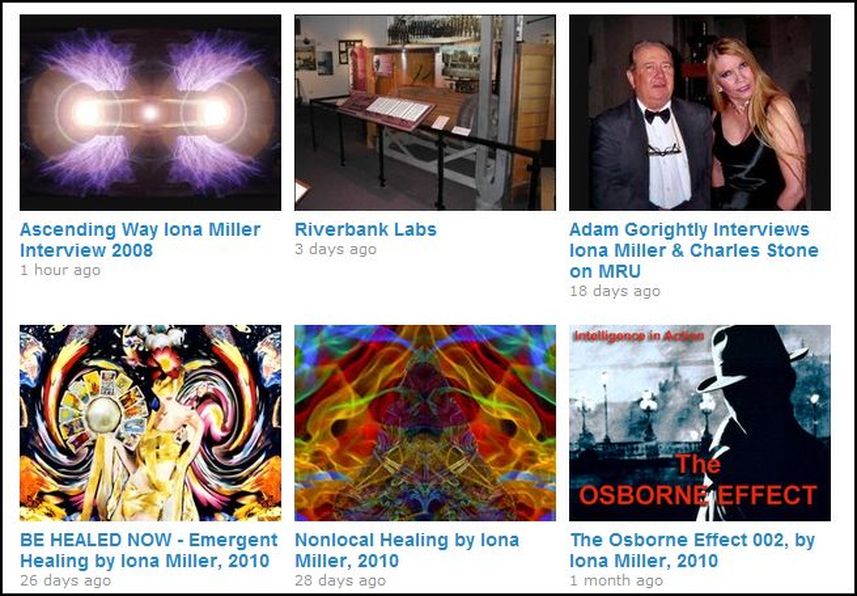 trianglebook.iwarp.com Find out about the Dragon lineage, Deep Time, Dragon Precession and 2012, and the nature of Immortality. The Dragon is the symbolic superstar of Saint Germain's secret grimoire. Find out why and what it means. St. Germain had The Secret, a legacy of Manly Palmer Hall and his Philosophical Research Society (PRS). It was the supreme treasure of his vault. It now resides in the Getty Research Institute, likewise deep in their library vaults. Revealed here are unseen photos of the sigils, emblems and ciphers of the book.

This master adept, called the wisest in Europe, reserved his greatest gift, the two books he wrote, for his wisest companions. St. Germaine recorded his version of The Secret to health, wealth and long life in his legendary TRIANGLE BOOK, and apparently made copies for his closest circle of initiates. But, perhaps even then, the entire secret was never entrusted to a single individual, as the copies of the book are not identical, containing different illustrations.

We might deduce that to properly work the formulas in the book, one required the Emblems and Sigils it described. Is this why Manly Palmer Hall possessed two copies of the book, each with different glyphs? It begs the point, were there other copies with even more illustrations required to initiate the whole current -- to attain magical immortality?

The TRIANGLE BOOK (or Triangular Book) differs from many alchemical texts in its language, being more of a ritual invocation than a recipe. Naturally, St. Germain made marvelous plant and herbal medicines (spagyrics) but this book is not about that but about the qualitative Universal Medicine. Meditation is required for all spiritual pursuits, including alchemy, qabalah and magic.

What we know is that both St. Germain and Manly Palmer Hall lived to a ripe old age and remained mentally vibrant, each a great adept of his own era. Can this obscure arcane text -- one of the rarest occult manuscripts -- be the secret of their longevity? The book is alleged to be Egyptian in origin. MPH, himself, can be seen with the book in the frontpiece portrait in his FREEMASONRY OF THE ANCIENT EGYPTIANS.

Here, for possibly the first time ever, the text translation appears publically with the withheld 5 illustrations of the two copies. Even in the originals, it is difficult to make out the precise glyphs of the sigils, but arguably their magical potency is intact. Sigils and emblems often contain hidden meanings, since they are a visual shorthand which can be "read" for their symbolism. Carl Jung used this method as the traditional basis of his alchemically inspired psychology. 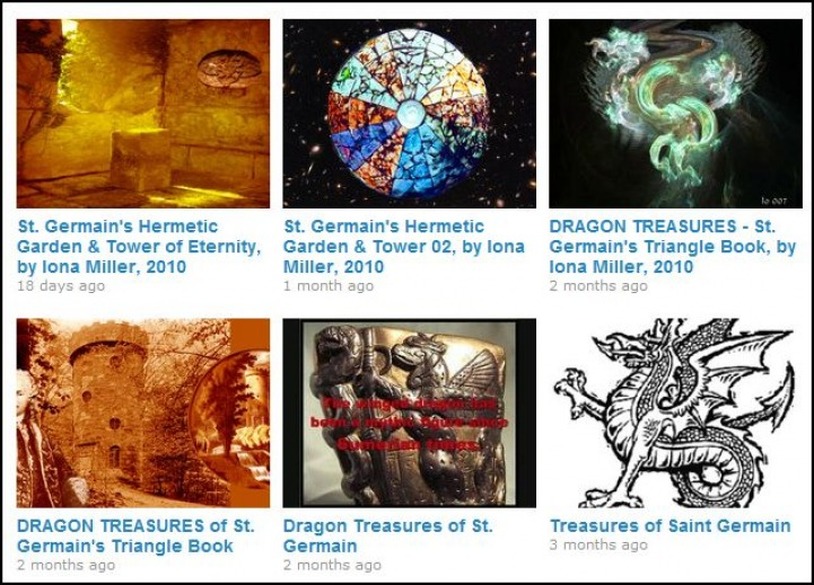 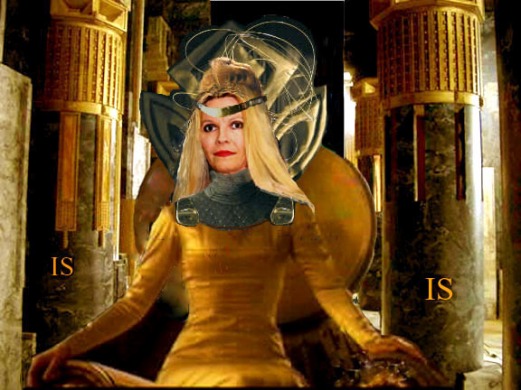 ©2010 Iona Miller is a nonfiction writer for the academic and popular press, hypnotherapist (ACHE) and multimedia artist. She is a participant, not just commentator. Her conspirituality work is an omni-sensory fusion of intelligence, science-art, new physics and emergent paradigm shift, melding many social issues into a new view of society. She is interested in the effects of doctrines from religion, science, psychology, and the arts. Website: http://ionamiller2010.iwarp.com

Working at the bleeding edge of Intelligence, IONA MILLER is a consultant, nonfiction writer, hypnotherapist (ACHE) and multimedia artist. A systems theorist, her work is an omnisensory fusion of sacred activism, science-art, chaos theory, physics, and paradigm shift applied to experiential psychotherapy, biophysics, philosophy, cosmology, healing, creativity, post-pomo metaphysics, psiops, media ecology, mind control, and culture change. Instead of specific doctrines, she is interested in the EFFECTS of doctrines from religion, science, psychology, and the arts. Author of THE MODERN ALCHEMIST (Phanes) and MAGICAL & RITUAL USE OF PERFUMES (Destiny, Inner Traditions). 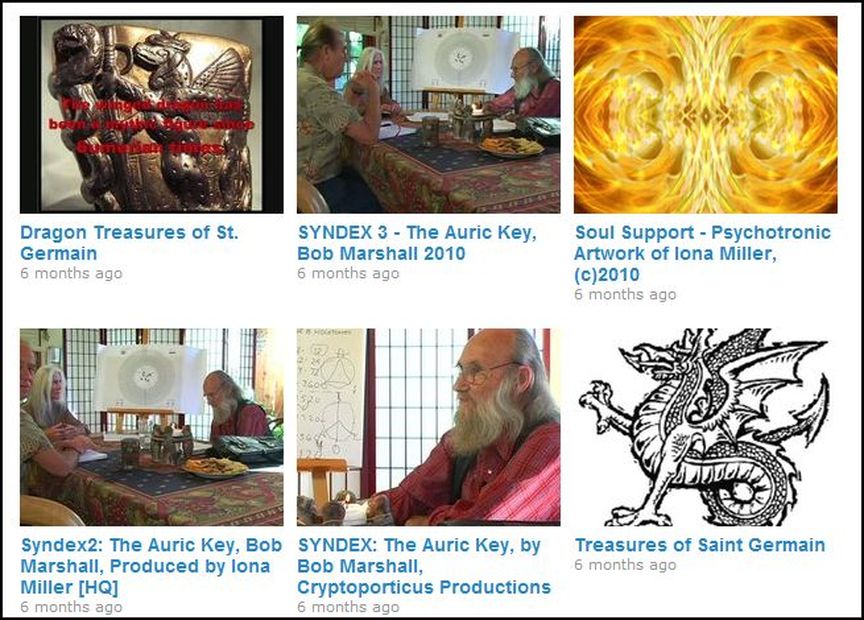 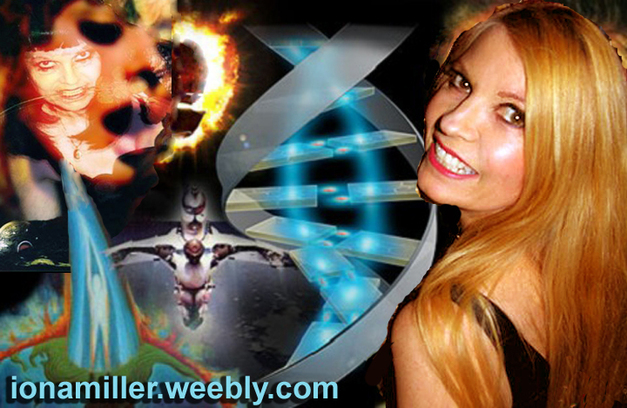 "We have known for over 30 years that eighty-five percent of illnesses are the result of unhealthy behavior. Modern medicine is essential about 15% of the time and 85% of the time is a stop-gap attempt to salvage the barn after the horse has escaped and the barn is burning. CALM HEALING offers Real Medicine for the 21st century." --C. Norman Shealy, MD, PhD, Founding President, American Holistic Medical Association. Author: The Creation of Health; Miracles do Happen; Life Beyond 100 / Secrets of the Fountain of Youth

"Calm Healing offers extraordinary and essential insight into wholeness and healing. To read Calm Healing is to experience the essential light and healing that are available to all of us right now, at this very moment. So helpful. Such a relief." --Christiane Northrup, MD Author, Mother-Daughter Wisdom and Women's Bodies, Women's Wisdom

"Newman and Miller have written a virtual bible of "calm healing", a primer for a new medicine. Not only have they explored it's history and science, but they have created actual protocols and prayers - word by word incantations. Thus the book is not only an account of possibility. It is the manual, the starting point for practice. What we have here is a rare thing: phonemes that are things, statements that breathe medicines." --Richard Grossinger, PhD, Author of Planet Medicine, Embryogenesis; Galaxies, Embryos, and Sentient Beings 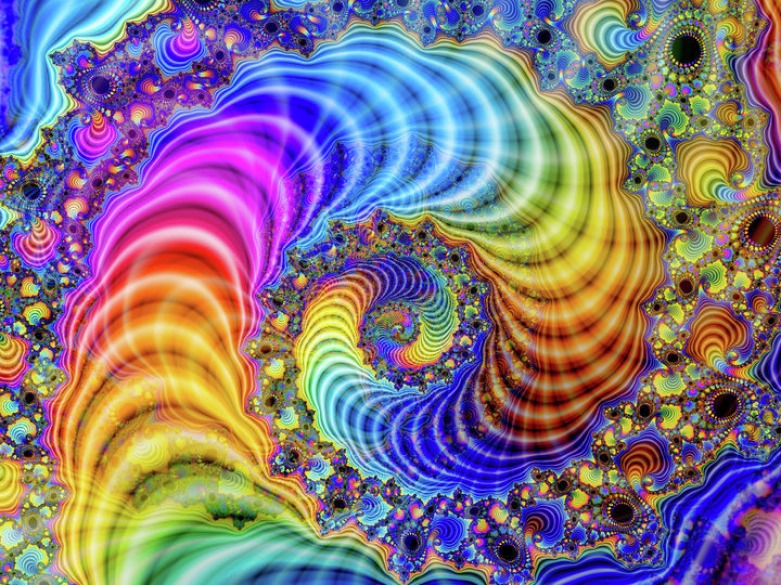