Geometry is One and Eternal,
Shining in the Mind of God.
That share in it accorded to men
Is one of the reasons that Man Is the Image of God.
--Johannes Kepler 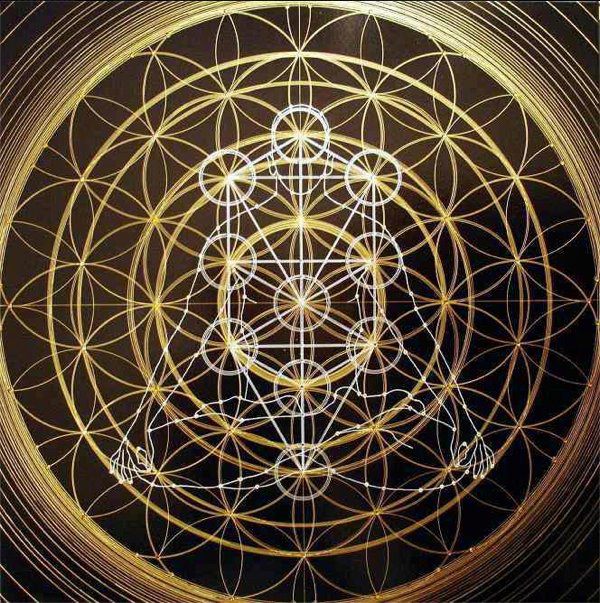 THE DIAMOND BODY is a contemporary meditation technique from secret practices with over 4,000 years of mystical tradition.  The oldest-known practice of this technique of meditation was known as Merkabah Mysticism, allegedly developed by the Jewish Patriarch, Abraham.  It is a regeneration meditation for immortality.

THE DIAMOND BODY is examined from perspectives in Jungian psychology, from definitions in physics and Jewish mysticism.  This is then synthesized into the framework of Magick.  There is an inherent spiritual aspect of matter, found in the nature of order and synchronous events.  This spiritual aspect is explored through the philosophical concepts known as the Philosopher's Stone A geometrical image is developed from solid state physics, corresponding to both the Jewish mystical traditions and current concepts in Imaginal psychology.  A mathematical model is generated to assist the development of anima consciousness via a visualization exercise of the diamond body.  A resonance occurs between specific internal-state functions and the "outside."  These resonance relationships are discussed and specific models are given to aid visualization and resonance.

The use of these geometrical forms as Magickal tools offers intriguing possibilities.  They allow experimental interaction with archetypes of God-forms.  They also grant access to those specific altered states where one experiences the eternal aspect of sacred time:  A consciousness of immortality.

THE DIAMOND BODY as an exercise is a meditation form of the future. This practice of meditation develops a common ground, uniting psyche with matter.  Through the stabilization and equilibrium fostered in the aspirant during mediation sessions, the individual is brought into increased harmony with the environment.  More important, a "repair function" is now available, one able to reverse those entropic functions related to libido.

THE DIAMOND BODY is a breakthrough in meditation techniques, something for the 21-Century.   Steeped in mystery, the Merkabah Chariot of Sepher-Yetzirah, the BOOK OF FORMATION is also Ezekiel's vision:  the Cube of Space.  For the first time, a contemporary description of THE DIAMOND BODY is formulated using synergetics, cognitive sciences, phsycis, and metaphysics.  Physical and psychological anologs are offered to reveal the timeless experience available through visualizing the true Philosopher's Stone. 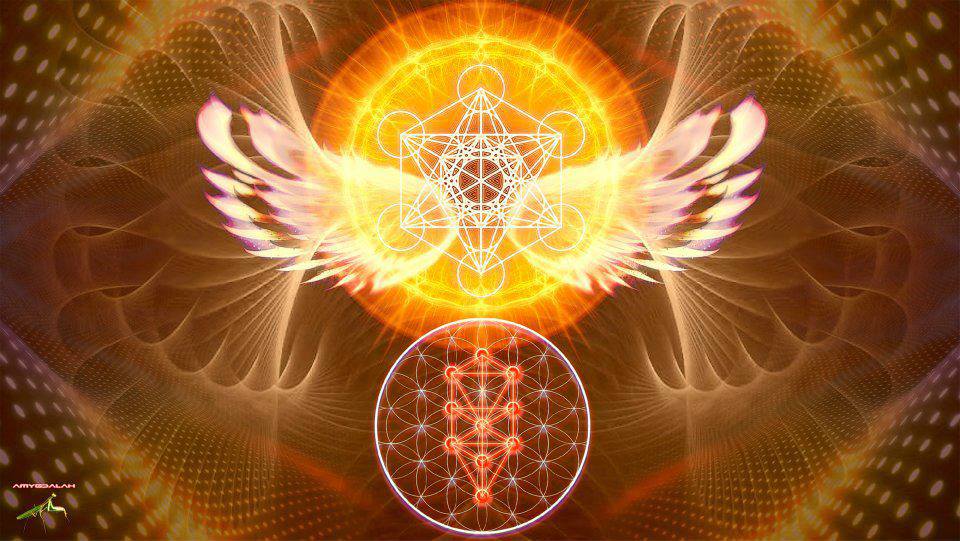 If thou wouldst complete the diamond body with no out-flowing, Diligently heat the roots of consciousness and life. Kindle light in the blessed country
ever close at hand, And there hidden, let thy true self always dwell.
~Carl Jung; The Secret of the Golden Flower. 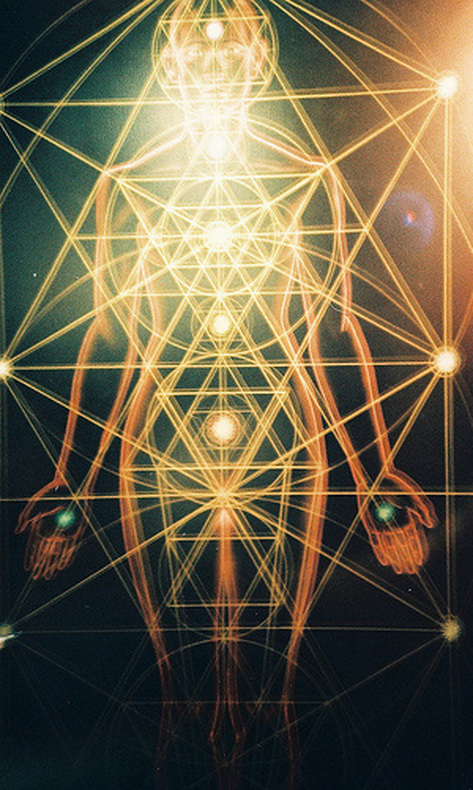 A HOLOGRAPHIC MANDALA OF THE PHILOSOPHER'S STONE 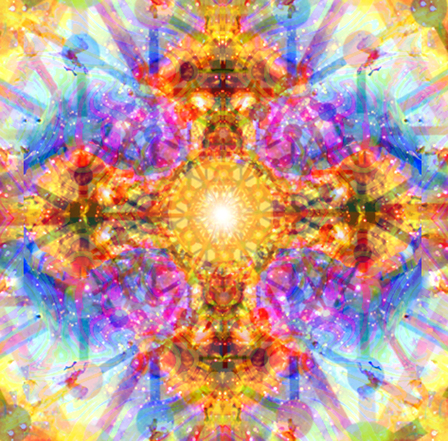 
I. PHILOSOPHY A. The Practice of Alchemy.
B. The Philosophical Concept of the Immortal Body.
C. The Psychological Meaning of the Philosopher's Stone.

II. ORIENTATION
A. Basics of Solid State Physics.
B. The Geometry of the Vector Equilibrium Matrix.
C. The Common Ground Between Psyche and Matter.

III. THE DIAMOND BODY EXERCISEA. The Diamond Body Visualization.
B. Hermetic Philosophy and the Diamond Body.
C. The Diamond Body in Qabalah and Alchemy:D. Entropy and Reversible Processes:
IV. CONTEMPORARY APPLICATIONS
A. Archetypal Topologies (Tree of Life, Diamond Body,VEM).
B. Meditation and Resonance Effects.
C. Magical Use of Standing Waves.
D. The Magickal Altar: The Double Cube.
E. DAATH: Threshold of the World of Form.

V. CONCLUSIONS:  THE QUINTESSENCE
A. Neural Feedback and Brainwave Training.
B. Video Feedback: Self-realization through Yogatronics.
C. The Diamond Body: A Video-Yantra for Self-Realization.

A. Vector Equilibrium Lattice Constants.
B. Transliteration: Hebrew to English, (with numerical values).
C. Graphic Depictions of the Merkabah, or Throne Chariot of God.
D. The Isotropic Vector Matrix. BIBLIOGRAPHY 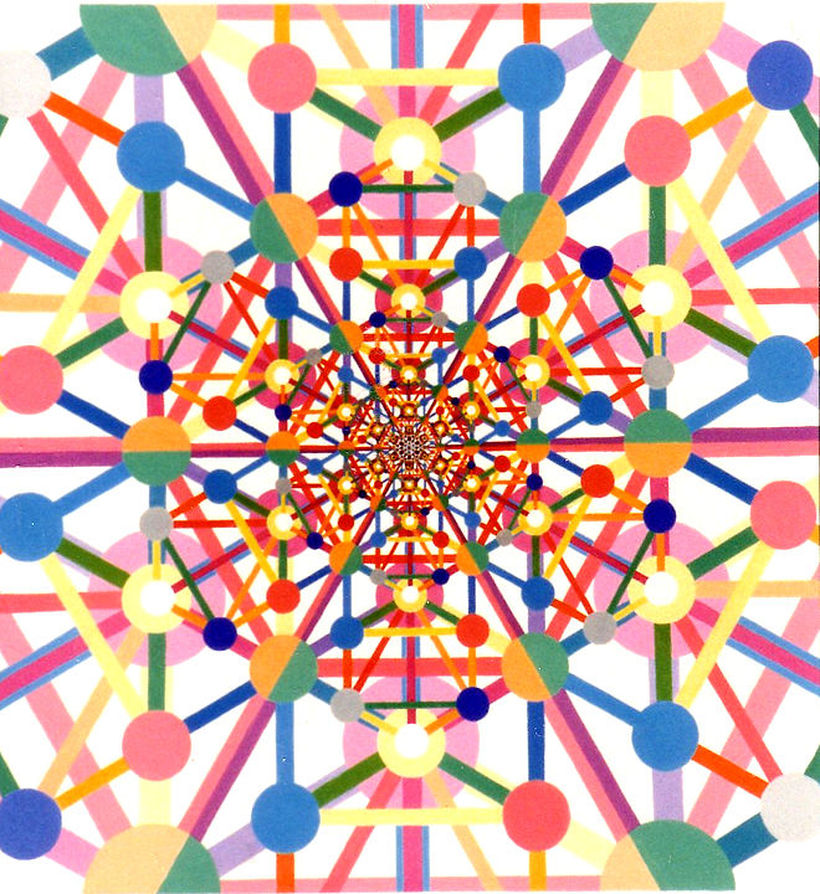 IT WAS A MINERAL SUBSTANCE, dense and opaque, it was melted and became transparent glass and then became much finer glass. And then this latter had been subjected for the first time to fusion and projection of the white Elixir, it became incandescent crystal. It was fused a second time and the Elixir was projected on it, it became diamond. Place it on an anvil, strike it with a hammer, it will dent the anvil and the hammer but it will not break. Strike it with a piece of lead and it will break into cubiform fragments.

This is the true sign that it really is diamond, but if it has become diamond it is also a sign that the diamond was hidden in the essential depths of the mineral substance, because, in fact, the composition of the latter is the result of two well-known principles, mercury and sulphur, according to what is established in physics.

"The Diamond Body" by Iona Miller, acrylic on canvas 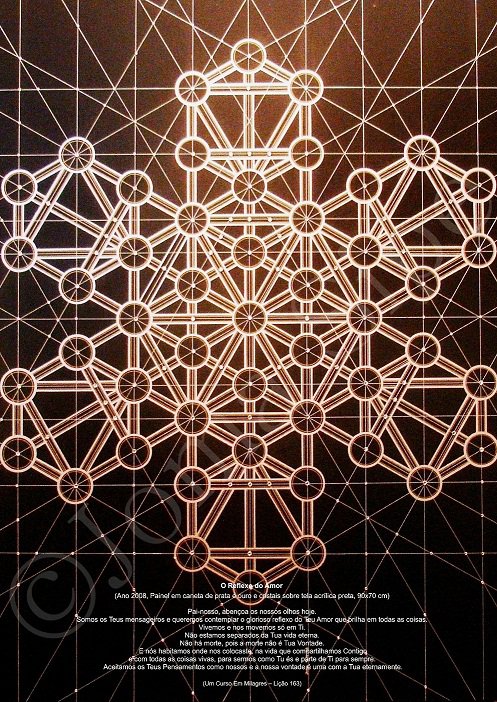 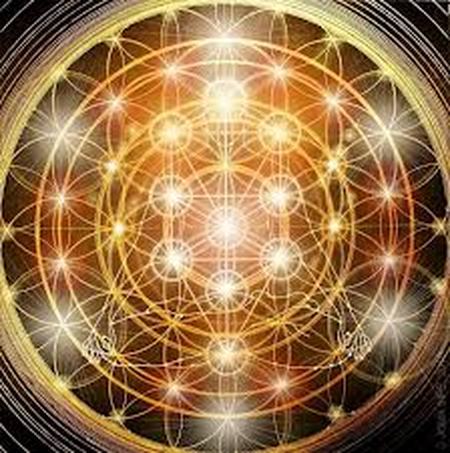