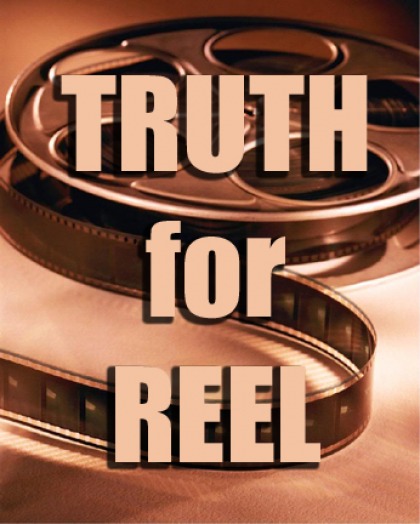 TRUTH FOR REEL - We produce feature films and short socially-responsible documentaries on a variety of subjects about which we have first-hand knowledge. We demonstrate the value of such insider POV (points of view), and can direct and consult with production companies wishing to co-adventure, taking our content, proprietary knowledge and expertise to the next level of development and marketing. When "the cheese moves," we move with it.

The principals of TRUTH FOR REEL are Charles W. Stone, Iona Miller and Leutrell Osborne, Sr. We have many rich themes identified, researched and ready for development.  We are open to artistic and technical collaborations in visionary telecommunications, upon request and review. Our aim is social impact programming that awakens us, gives our beliefs a reality-check, and move us toward proactive change from the grassroots to global level.

Masked in ordinariness, mystery goads and lures us onwards, beyond everday thinking. Who loses and who wins; who's in, who's out; corrosive secrets, exposure, revelation. Spirituality, Politics, Tyranny, Freedom. This is knowledge that turns our perspectives inside out, no longer turning a blind eye to the meaning of law and morality. Yet at each stage we are reluctant to “take upon us the mystery of things." We would rather remain with the attitudes and conditioning that belong to a previous era.

But we can move into a future that is not yet defined, that is full of possibilities. These are the signs of a future that is being born that can free us from the paradigm of duality and separation that has caused so much conflict and division. We can move toward an awakened consciousness, rooted in the here and now.

TRUTH FOR REEL Docudramas and Hidden History A focus on the facts of the event being treated, as they are known;TRUTH FOR REEL is an entertainment enterprise seeking production companies and investment for feature-length films for theatrical release. Our stories can be produced as “headline-based” fiction -- docudramas -- or factually-based documentaries. Our group of insightful investigative insiders has a unique perspective on world events, clandestine activity and “deep politics.”

Distinct from the main line of historical fiction, in which the historical setting is a mere backdrop for a plot, docudramas demonstrate some or most of the following characteristics:
CONSPIRITUALITY VIDEOS RIPPED FROM THE HEADLINES-


MYSTERY, DRAMA, SURPRISE: Our goal is making "movies that matter" - quality, intelligent, commercial films - on modest, cost-efficient budgets. We know how to handle controversial subjects to unpack their stories with emotional logic, allowing audiences their own point of view and conclusions. Corrosive secrets are issues that remain or return to relevance.  Rather than “fictionalizing,” we illustrate a point of view. Conspiracy and “truth” films have gone mainstream. Suspense films and the spy genre remain perennial favorites with wide audiences. “Dramatic license” leaves interpretation open.

The co-founders of TRUTH FOR REEL Productions bring vision, passion, dedication, and a wealth of talents and experiences to the company. The principals are professional activists and writers with intelligence, promotional, and publishing backgrounds. Our content-driven stories are geared to push the product through alldomestic and international venues including U.S. Theatrical, Foreign Theatrical, domestic and foreign network television, video and DVD sales, cable, pay per view and satellite.  Our mission is to create valuable feature film products that will generate highly-attractive ROIs for our investors. Obscure, small movies routinely make from two to ten times their investment.

The docudrama has become a culturally important form which is the site of political battles over the nature of "truth," "reality," and the media manipulation of history and everyday life. These are not a movie-of-the-week biopics, but insight from an inside view of how things  might have happened, with the potential for lasting global and artistic importance. The representation of reality is not equal to the reality it represents. But docudrama does make claims to provide a fairly accurate interpretation of real historical events. In other words, it is a non-fictional drama.

Docudrama argues that lost or elusive moral perspectives can be regained. Functional distortions include created dialogues among characters, expressions of internal thoughts, meetings of people that never happened, events reduced to two or three days that actually occurred over weeks, and so forth. While the actuality a work recreates may show the exercise of right and wrong thrown into jeopardy, the docudramatization of actual people, incidents and events ultimately restores a sense of a moral system at work. The world here can still be a place where on some scale, in some way, the struggle for a balance between right and wrong attains coherence.

Standard dramatic formulas from mainstream film and television apply wholesale to representing history. These conventions include a goal-oriented protagonist with clear motivations; a small number of central characters (two to three) with more stereotyping for secondary characters; causes that are generally ascribed to personal sources rather than structural ones (psychological traumas rather than institutional dynamics); a dramatic structure geared to the length of the program (a two-hour movie might have the normal "seven-act" commercial structure); and an intensification of emotional ploys. The desire for emotional engagement by the viewers (a feature valuable for maintaining the audience through commercials) produces an inflection of the docudrama into several traditional genres. In particular, docudramas may appeal to affects of suspense, terror, or tears of happiness or sadness.

TRUTH FOR REEL thanks you for your attention to our projects. 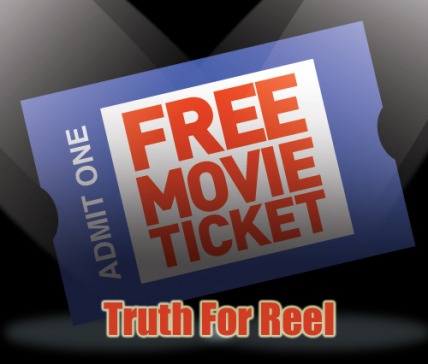 CONSPIRITUALITY VIDEOS RIPPED FROM THE HEADLINES-


“And take upon's the mystery of things,
As if we were God's spies.” (King Lear, Act V, Scene 1)… compose a history of thy time and fold it into enigmatical
writings … and cunning mixtures of the theatre …"-Francis Bacon


NOW PLAYING:Video sketches of our subject matter for development.

"We Don't Need Poison;
We Need a Truth Serum"

Attack on the USS Liberty   On June 8, 1967, at the height of the Six-Day War between Israel and its Arab neighbors, Israeli air and naval forces attacked the USS Liberty, an intelligence-collection ship in the service of Israel’s closest ally, while that vessel steamed in international waters off the Sinai Peninsula. The Israelis killed 34 Americans, wounded 171, and nearly sank the ship. Dozens of theories exist about what happened that day. Official inquiries conducted in both the United States and Israel attributed the event to faulty communications and tragic error, but survivors remain outspoken and not alone in their belief that the Israelis acted deliberately.

Haiti Was an Act of GOD: Gold, Oil & Drugs

"Whoever Controls Energy Controls the Economy"

Conjecture about environmental warfare mounts as suspected "crafted disasters" areadded to the rhythms of the Long Crisis of Permanent War. Anomalies seen in the sky, in weather, and tectonics spur connect-the-dots theories which have no chance of being proven, due to their highly classified issues. Tectonic weaponry is a known potential but is it being tested and targeted, experimentally and practically?  Some claim the Norway spiral is linked to torsion physics and intensional tectonic warfare. The potential of kindling tsunamis with bombs was tested in New Zealand in WWII. Is a Tectonic Domino Effect responsible for Hait, whose untapped reserves of Gold, Oil and Drug trade are irresistably attractive to the PTB (Powers that Be)?

In 1973, the international expose PSYCHIC DISCOVERIES BEHIND THE IRON CURTAIN by Sheila Ostrander & Lynn Schroeder became a best-seller. Former Naval Intelligence Officer, Dr. Carl Schleicher actively wondered why the U.S. had no comparable program in psychotronics, where esoterics meets science. He resolved to create one, recruited authors Ostrander & Schroeder to turn over their untranslated data, and began collecting researchers and creating experimental protocols. Thus, in 1973, Mankind Research Unlimited (MRU) in Washington D.C. was born as a private company, seeking government and corporate contracts.

PSYWAR CENTRAL: In the Tavistocks

The root and mechanisms of global mind control.

They wind you up because they know what makes you tick. Tavistock Clinic studied shellshock (post-traumatic stress) in WWI but switched to developing psychological warfare in 1922.  Rather than helping traumatized soldiers, it calculated their breaking points. Tavistock shock doctrine now permeates global life. Their social engineers are a Who’s Who:  Freud, Jung, Adler, Melanie Klein, Wilfred Bion, Edward Bernays, Eric Trist, A.K. Rice, Eric Miller, Aldous Huxley, R.D. Laing, and more. Explores the globalization of the Tavistock Institute with its agenda of mass brainwashing, social engineering, shock doctrine, academic, NGO, business and government control through top-down leadership policies. Tavistock's agenda has spread beyond the institution through its viral ideas and emotional memes -- from propaganda, to public policy, to media and advertising --  which manufactures consent, elects forced-choice candidates, set trends and influence beliefs about the nature of today's reality and perceptions.

Black Man in the CIA

"His Life is a Quest,
but his Mission Isn't Impossible"

He dreamed of being a Spy Manager from the time he was twelve years old and his mother worked at CIA. Set against the backdrop of real events, the inspirational story of this CIA Cold Warrior breaks the mold and explodes public notions about CIA Case Officers, Covert Action and The Company. Characters include those who mentored Osborne at CIA, his rivals and opponents, his recruits, his family, and a host of friends each with their own roots in American history.

A dreamer, a family man, and “a spirit in human form on planet Earth,” Leutrell Osborne, Sr. was involved in some of the most exciting chapters of the Espionage Enterprise and global history. He lived to tell the adventurous tale. His 26 years of bold service at CIA spanned several Directors and Presidents, as well as pioneering contributions in a variety of field and administration assignments on several continents. His adventures included service in a Far Northern Country, paramilitary exploits, bugging an Embassy in a Latin American Country, taking the lead on the “Libyan Show,” running SIGINT signal intelligence in the Far East and being a Transformation Agent. His “grinds” include what he calls the “Triple K Assassinations,” domestic covert action of the COINTEL Factor, 9/11 pre-knowledge, blowback, foreign Covert Action policy, transnational drugs and money laundering, and more. He’s still on a mission, but from God. Spirit is his main motivator.